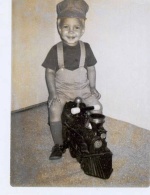 "The use of fossil fuels, which are nonrenewable and very polluting sources of hydrocarbons, has been of great concern since the early days, but they are of vital importance for the world to function, whether used for combustion in cars, trucks, trains or even in industrial forms of use. In this country, we have gone through several cycles in which we tried to implement a new fuel, such as the famous "pro-alcohol" in the 70s, after the oil crisis of 1973. Today, in my opinion, only in an act of pure marketing, the name has been changed to "bio-ethanol", but that is basically the same thing.

Especially in the State of São Paulo, bio-ethanol is an product widely generated, seeing as it is an agricultural state, now experiencing it's third cycle of sugarcane. Just take a drive along the countryside to observe the "sea of ​​sugarcane", replacing a past "sea of ​​coffee." What unfortunately many of us do not know, due a sad ignorance that makes up our history, is that this abundant availability of this fuel has not gone unnoticed in the past and once again the story intersects with the one that deserves the nickname of "Genius of mechanics ", João Bottene.

Bottene, at that time worked for the Morganti in the workshops of the Monte Alegre (UMA) plant in Piracicaba, and as much had already converted some internal combustion engines to burning of alcohol as fuel in tractors and trucks, hoping to use part of the Production, reducing the costs by reducing the amount of fuels, such as diesel and gasoline, which had to be purchased from sources outside the company.

Why not, then, utilize this experience for the construction of locomotives? This would be a big benefit for the company. The maintenance cost would be lower, there would not be the notorious sparks coming out of the locomotive chimneys in the middle of the cane, the heat in cabs during operation would be drastically reduced, improving the working conditions for the locomotive personal.  Additionally, time to prepare the locomotives for work would greatly decreased, since it was just a matter of starting  the engines, and driving off, dispensing with the hours of required to steam up the boilers after being lit off.

In the 1940s, then, after the steam locomotive "Fulvio Morganti" was built and steamed in the UMA, the development and construction of this other innovative locomotive was begun by Bottene. This locomotive was manufactured entirely in the UMA, having the gauge of 60 cm, with 3 axes connected together by connecting rods, and powered with two truck engines adapted for the combustion of bio-ethanol. The cabin was centralized in the body of the machine, which had the capacity to draw up to 15 wagons loaded with cane. It received the name of the owner's wife, "Maria Helena", and had the number 9 in the UMA's fleet. Unfortunately, we do not know the fate that this real jewel, or even when it stopped working.

Particularly, I credit him as the introducing the use of bio-ethanol in or of the alcohol cycle in the engines of internal combustion (in Brazil, editors Note Henry Ford originally intended his cars to be run on bio-ethanol and bio-oils raised directly by the rural users), and once again our ignorance of history keeps this valuable information hidden from the population. Unfortunately, few documents or other information from Bottene survived, and we do not know the whereabouts of this other mechanical wonders built by Bottene, but this locomotive illustrates one again his brilliant career in São Paulo.(Leandro Guidini wrote on 11/2016),(Translated Thor Windbergs 1/2017)" 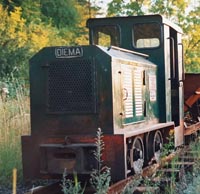